Students of the World

Researcher in local innovations, founder of the Honey Bee Network.
Member of the World Academy of Art and Science.

He is seen as a pioneer in the field of grassroots innovations, in which his contribution includes documenting people’s knowledge with the help of teams of volunteers spread across India. He helps grassroots innovators and communities build on their knowledge systems by providing help in filing patents, promoting scientific validation of these innovations by involving government scientific institutes and private individuals and bodies and facilitating tie-ups with entrepreneurs and industrial groups.

He is known for crafting innovative courses for students at the Indian Institute of Management, Ahmedabad. One of his most popular courses included shodh yatra, under which he took management students to different parts of the country to learn from local communities and study their knowledge systems. 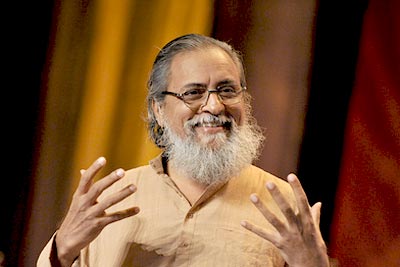 Conference: Thinking outside the box

A washing machine activated by a bicycle pedal, a tool designed to collect peanuts, eventually used to clean beaches, a water pump powered by a wind turbine… These innovations were not born in the labs of big companies, but in the minds of Indian farmers. Innovation is always off the beaten track. It is born of the imagination that makes the impossible possible.

Through multiple experiences, humanitarian approaches in the world (France, Indonesia, Bangladesh and Uruguay), her practice and research, she aspires to shape communities by creating waves of positive change.

On the occasion of the International Future Education Summit, Nowshin will gather a group of students from the world to share… to the world… their needs and visions for a global, inclusive, exciting and fulfilling education for everyone.

Member of the Advisory Committee of Notre Dame University-Louaize’s (NDU) Lebanon Dialogue Initiative (LDI)​.
Founder of the Patriotic Allegiance Movement and a member of the Lebanese – Moroccan Friendship Committee.
Member, since 2008, of the National Commission for Lebanese Women (NCLW)
President and Founder of the Committee for Women Political Empowerment since 2004, and is a member of the Lebanese Council for Women since 2002, which is a non-governmental organization active in the health care, rehabilitation, educational, environmental, and family organization sectors.
Manager of the Hasbaya Women Infirmary since the year 2000, and the Chief Executive Officer at a training school in Aley since 1996.
…

Her mission is to preserve human dignity and the right of citizens to live decently.
She is therefore involved in many movements for the emancipation and empowerment of women.
It works to ensure that education, medical care and housing become a stable basis in Lebanese society.

On the occasion of the Summit, Kawsar Chaya, from the Education 3000 network, will co-host a conference with the Princess on how to implement a holistic education that includes women, minorities and refugees in a culture of peace.

Priya is an award-winning architect, artist and green building professional whose work has been published in various magazines and journals. She has 14 years of experience in the industry.

Raised in Oman and having worked in the UAE, India, UK and Singapore, she brings with her several years of expertise in major projects globally.

She has previously worked in a variety of high profile companies. Her early exposure to the field on construction sites shaped her practical understanding from the start.

Motivated by design excellence and community improvement, and as a LEED (Leadership in Energy and Environmental Design) accredited professional, she leads projects with a focus on sustainability.

Conference: The Green Architecture of Schools for the Future

How to create transformative spaces that work in balance with their context; where beauty combines with efficiency and logic, with honest expression of materials, clean lines and forms that allow design and its inhabitants to flourish: creating designs that are current yet timeless, serene yet warm, that uniquely reflect the values and characters of each school.

Born in a small remote village in the Himalayas, he spent many months in the mountains, alone with the cows, from the age of 7, in spite of tigers, leopards and the incessant rain in summer. At the age of 12, he decides to leave everything: his family, his village, his mountains and his country. He left on foot, without saying anything, with a few young men to reach India. There, he thinks that he can earn money. He wants to help his parents and his family. From one adventure to another, he became a soldier at the age of 12 and a half, then a mendicant monk at 15 and a yogi at 21.

Returning to his native country after 20 years, he founded the SAYM and a first ashram-school. The community welcomes children from the most disadvantaged backgrounds in Nepal, free of charge, from kindergarten to university and beyond. It develops a holistic education based on integral yoga, the joy of serving and working for others, the community and the world.

Each child, at his or her own pace, discovers little by little what motivates him or her and what he or she wishes to dedicate his or her life to. 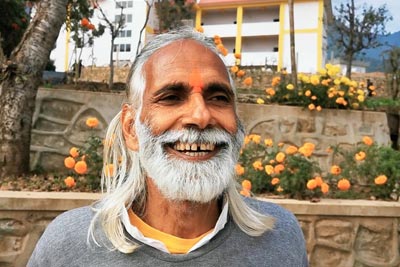 Conference: A Lifetime of Discovering Integral Education inspired by The Mother

Delivered to myself and to the Divine since my childhood, my life has been an uninterrupted series of trials, experiences and various initiations, sometimes extreme, sometimes extraordinary and magical, which have gradually forged this incredible adventure of an educational ashram essentially made up of children and young people, a true school of Joy and Self-giving.