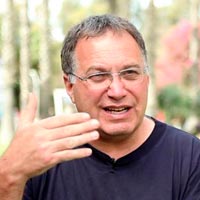 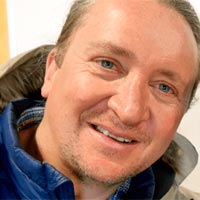 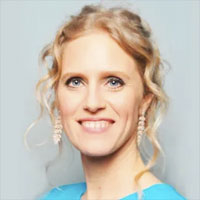 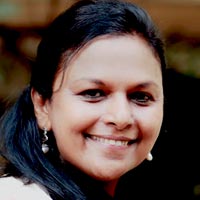 In 1987 Yaacov Hecht founded the first school in the world that was called a Democratic School, in Hadera, Israel.

In 1993, he convened the first International Democratic Education Conference that was first called Hadera Conference.

In 1996 Hecht founded the Institute for Democratic Education in Israel (IDE), and within it, the academic faculty for DE teachers.

His book Democratic Education: A Beginning of a Story, which has been translated to English, Portuguese, Bulgarian and Korean is a source of inspiration for groundbreaking educators and entrepreneurs all over the world.

In 2010, Hecht founded “Education Cities – the Art of Collaborations” an organization that promotes collaboration and networking in the classroom, in the school, in the city, in the country and worldwide.

Hecht is a sought-after speaker around the world. He regards the reinvention of educational systems towards the rapid changes of the 21st century as his main mission today. 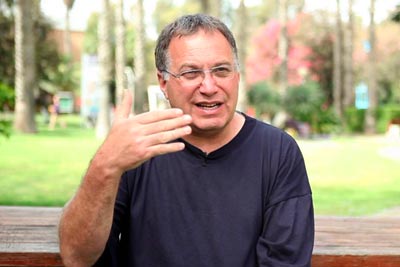 Preparing our children to an unknown world in a changing present

“In a rapidly changing world…” – These are the words that usually open any talk about ground-breaking education. Well, here comes Covid-19 and teaches us about rapid changes. So rapid that almost all known frames are gone over night. This talk will deal with the advantages of Democratic Education in preparing our children to an unknown world in a changing present.

A school teacher, researcher in Education Sciences and initiator of the Cap au Nord project.

Very early on, in his first year as a school teacher, he noticed the separation of the child from nature, of man from the living world.

“Can we think of a humanity without nature?
“The inner life is the great absentee of contemporary education” René Barbier

“To ensure that something happens between the child and nature, so that the child who has become an adult feels in charge of life, and to ensure that the child, from the earliest age, discovers and then deploys his or her potential and genius as an author to co-construct the world, are the two axes that sum up my pedagogy well.”

Cape to the North

This project, initiated by Philippe Nicolas, with a team of some twenty remarkable people, was supported by the distinguished pedagogue Philippe Meirieu and sponsored by the adventurer Nicolas Vanier.
Conducted in accordance with the National Education programmes from September 2019 to July 2021, the Cap au Nord project took place under the aegis of the 1901 association “L’école face au plus grand défi du XXIème siècle”. It invited the pupils to experience fundamental learning periods on the global challenge of climate change with researchers from APECS France involved for each of the participating classes on the school grounds and in the open air.

The school year culminated in an expedition to Greenland in July 2021 for the 17 ambassadors of the territories concerned, with a robot – designed and built by the ambassadors – and the polar sailboat Northabout from the Unu Mondo association… an expedition that gave rise to a documentary “Cap Fantastic” directed by Solène Desbois and produced by Betavita. 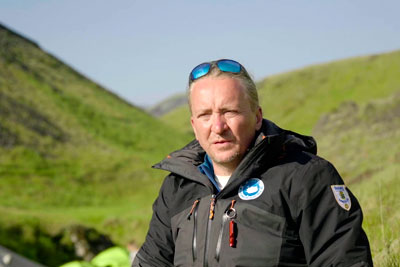 Young people in the Cape to the North project

Doing your best for the whole rather than being the best of the whole!

The school facing the greatest challenges of the 21st century

The “Heading North” project is part of a new paradigm, one that listens to what the earth and its children are asking of us for the future of humankind. It was based on the will to cooperate in the collective perspective of launching a great human and scientific adventure by adding up the singular dispositions of the pupils, perceived by each one as a unique opportunity to learn to live together.

Along with Philippe Nicolas, four of the 18 ambassadors who have been to the North Pole will be present at this conference to share their experiences.

She is singer-songwriter, author of children books and creates innovative educational methods where cognitive skills, artistic expression and personal development are integrated in contemporary stories and fairy tales.

She founded an innovative primary school in Belgium and was several years director. She launched during the last 12 years various initiatives in the field of education and business.

She trains entrepreneurs in business expansion and quantum thinking and is co-founder of the Micro-societies Network.
Micro-societies are laboratories of imagination, self-sustainable mini-cities where every aspect of life is represented and where every participant develops living skills through 5D-schooling without borders.

Project based learning labs are spread in the green environment and are integrated in the daily functioning of a micro-society. A micro-society is an open, inclusive and thriving community which ensures economic and personal empowerment for every individual, leveraging and collaborating with regional local communities, cultures, ecology and ecosystems. 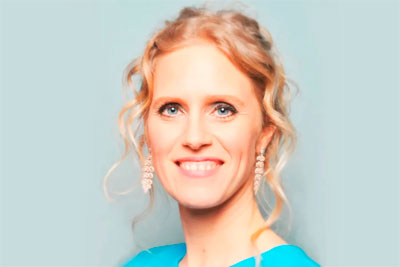 Educate the Future
School of Elves

During this workshop we will focus on the power of imagination.
How we can use the power of imagination to create the dreams we desire and to align yourself with the field of infinite potential or quantum field to accelerate your dreams? We will also give tools how to use this tools with younger children through songs and fairy tales, so that they learn to use the power of thought and dreams and how to balance emotions and create more strength and confidence.

Nirmala has over three decades of experience in building and implementing HR systems and processes both as a practicing manager & HR Consultant/Advisor, . During this tenure, she has achieved excellence in conceptualizing and implementing people development initiatives, with an in-depth understanding of the importance of the human factor at work and the demands of the global workplace.

She has worked with 4 large corporate houses before starting her entrepreneurial journey and now spends most of her time growing the Kindness Movement both within India and throughout the world. Nirmala uses her facilitation skills and HR background to help individuals and organisations see the benefits of kindness as a value to be lived. Putting kindness on the agenda and helping more individuals especially youth realise it is a ‘ life skill’ is her mission.

The # 1 voice for campaign that The World Kindness Movement is about to launch in its 25th anniversary comes from her belief that “When millions of fireflies come together, we can create light, beauty and hope“, It is the power of numbers that create larger ripples and a bigger impact. This gives rise to the possibility of change for the greater good. Kindness leads to Peace and Sustainability and is what the world desperately needs. 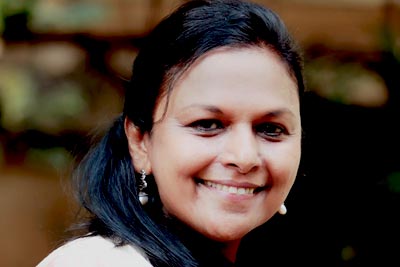 Kindness – The Power of the Future

Nirmala with the help of examples and real anecdotes will help us examine the way we live and work. Her sharing will focus on the key ingredient to a more satisfied individual family, workplace and community in these stressful and uncertain times. She will highlight why 1 Voice for Kindness by citizens of the world has the true power to lead us towards peace and sustainability.